Compared to this time last year, there was a different feel at the Learmonth Football Netball Club. We welcomed back sport with packed cars on the fence and a buzz around the ground.

The Learmonth Senior Football team faced a challenging Rokewood outfit in the return of Central Highlands Football. Locked in an arm wrestle all day, with the margin 2 points or less at every change the Lakies just came up short at the final siren. It was a physical contest from the outset with the momentum swinging each team had their chances to win the game at various points. It came down to the final 5 minutes, Learmonth were able to get 10 points clear before Rokewood kicked the final two goals to steal victory.

We controlled various patches of the game and a lot of the fourth quarter, so really pleased with a lot of areas. At the end of the day for us it was a really strong hit-out that we will take a lot from. The loss isn’t easy to swallow, first up at home it would have been nice to get the win and build our confidence.

The previous season they beat us by around 75 points, so the improvement as a team is already there. Our younger players need games under their belt and experience like this one is great for their development” – Senior Coach, Nick Willox

Best players included Vice-Captain, James Pratt who stood tall at centre half forward all day. New recruit, James Laidlaw, through the midfield showed plenty alongside Captain Jason Rae. Matt Willox at full-back lead from the front, as did reserves coach Olly Ross provided run across half forward and wing. Matt Harbour was able to kick 3 goals for the day.

The Reserves boasted a list of new players but were unable to get any momentum going their way through the game. Rokewood got out to a 2 goal quarter time lead and the Lakies couldn’t peg it back, eventually going down by 38 points. Best players included new recruits down back, Mitch Grieve alongside James Parkinson, who were solid all day. Another new face, Josh Walters, kicked 2 goals up forward, whilst Paul Rogan ran the wings tirelessly all day along with Tyndall playing a solid role.

“Very happy with the teams efforts, a lot of new blokes who’ve never played together and they really started to work as unit by the end of the game. Mitch ‘truck’ Grieves played a blinder in his first game for the club and Paul Rogan ran all day like he always does. Didn’t get the win but there will be plenty of winnable games to come” – Reserves Coach, Olly Ross

The Under 18’s have a host of young new faces, as the previous year’s crop have moved into Senior football, with the young Lakies set to forge their own path. First up it was a tough day at the office with a few keys injuries in the pre season making even more challenging. They were unable to hold off a fierce Rokewood outfit, conceding a half time deficit of 46 points. The boys ran hard all day but couldn’t impact the scoreboard going down by 129 points. Best players included L. Ozols, A. Hare, C. Wright, J. Cubitt, S. Andrews.

“Some new players to the club slotted in beautifully well, working superbly to support their new team mates.  Whilst the result was pleasing, more so was the way that so many of the boys played as a team, with maturity and confidence, with some bottom age players fresh up from the U/12’s also making valuable contributions to the effort.  There is still much work to be done, but this should give the playing group great confidence” – Under 15’s Coach, Jim Haire

“Saturday was fantastic, great turn out with over 30 plus kids turning up to play. Good win” – Under 12’s Coach, Aaron Thompson

Images courtesy of The Courier, Ballarat. 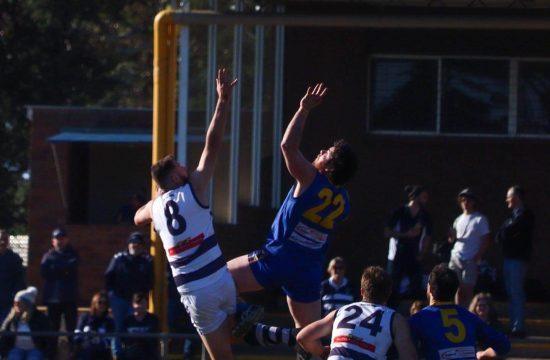 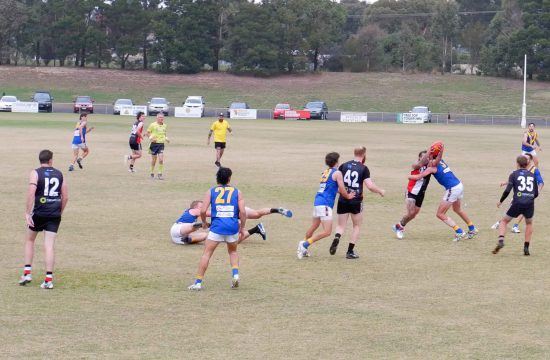 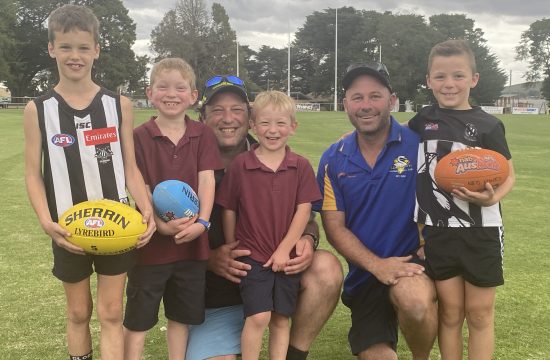 Auskick is back at Learmonth 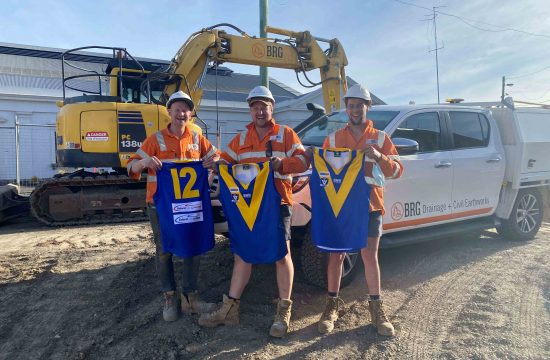 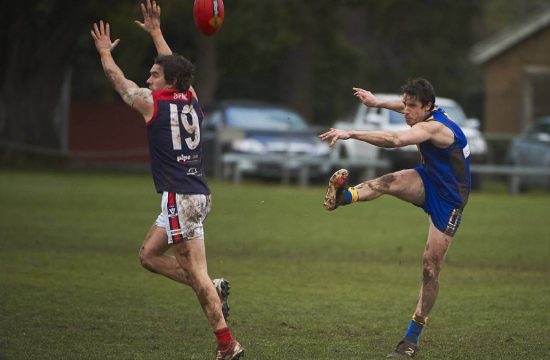 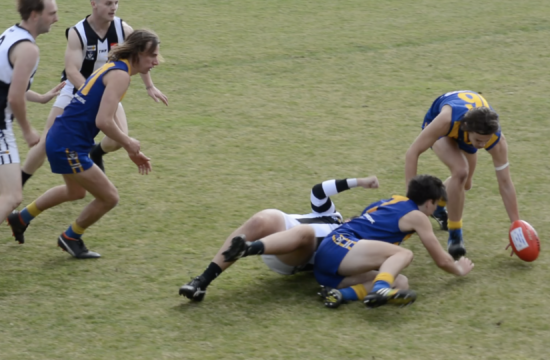 The Return of CHFL Junior… 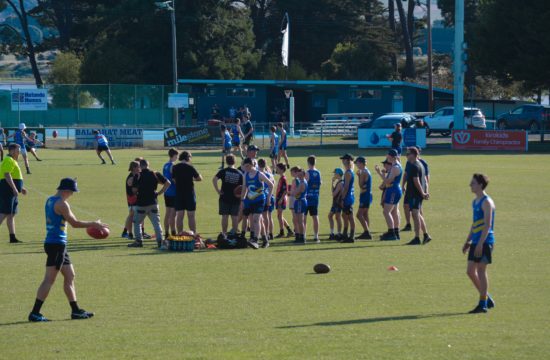 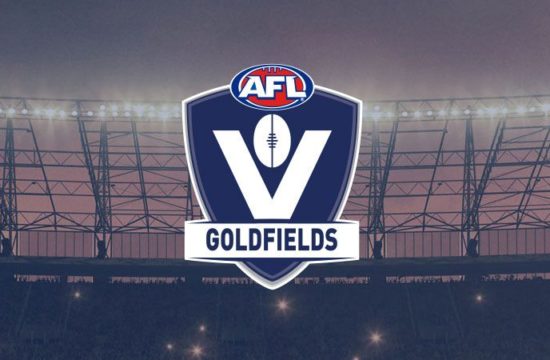