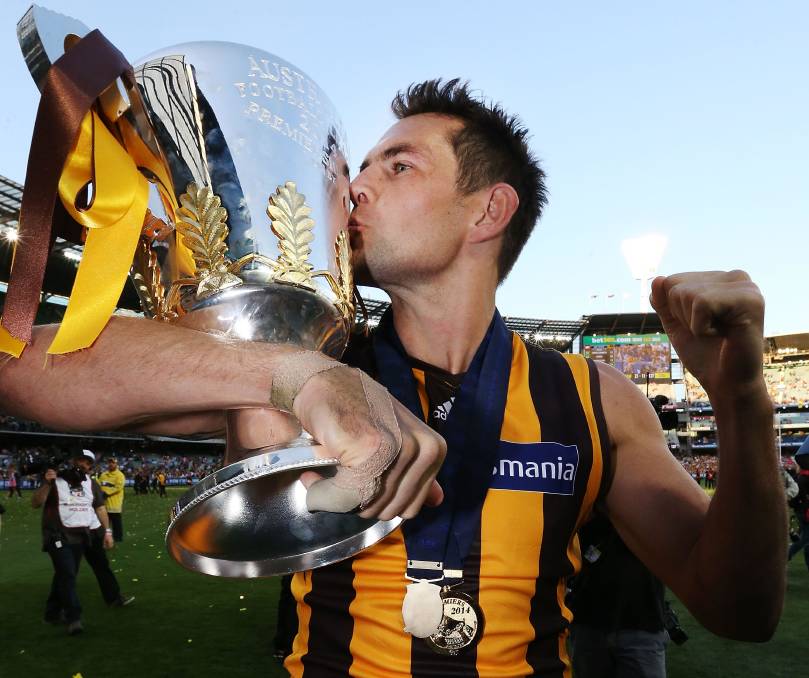 With great excitement, by far the biggest announcement for the club in 2020 is AFL great and future hall of fame inductee Luke Hodge will play in the Central Highlands Football League this season.

Hodge, will make a special appearance in our round one clash with Rokewood-Corindhap, 2020*.

A decorate four-time AFL premiership player will wear the blue and yellow alongside good friend Matt Jackson in his 100th senior game for Learmonth. As well as Jake Carmody and Micah Buchanan, with all four having last played together at Colac’s Trinity College.

Learmonth president Steve Griffin said it was an exciting coup for the club.

“As soon as we knew he retired, we jumped straight on it and he accepted to play,” Griffin told The Courier.

“I know (former president) Matt Hines and Matt Jackson have been working on it in the past years. We thought we may have had an opportunity when he finished with Hawthorn, but he went up to Brisbane.”

Griffin said a club sub-committee would be formed to handle the logistics of the game, which is expected to draw a huge crowd of fans to watch Hodge in action.

“It’s going to help us in a lot of aspects and it could be as big as a grand final out there,” he said.

“Luke Hodge is a respected player by everybody so it’s going to be exciting.”

Read the full story from The Courier here.