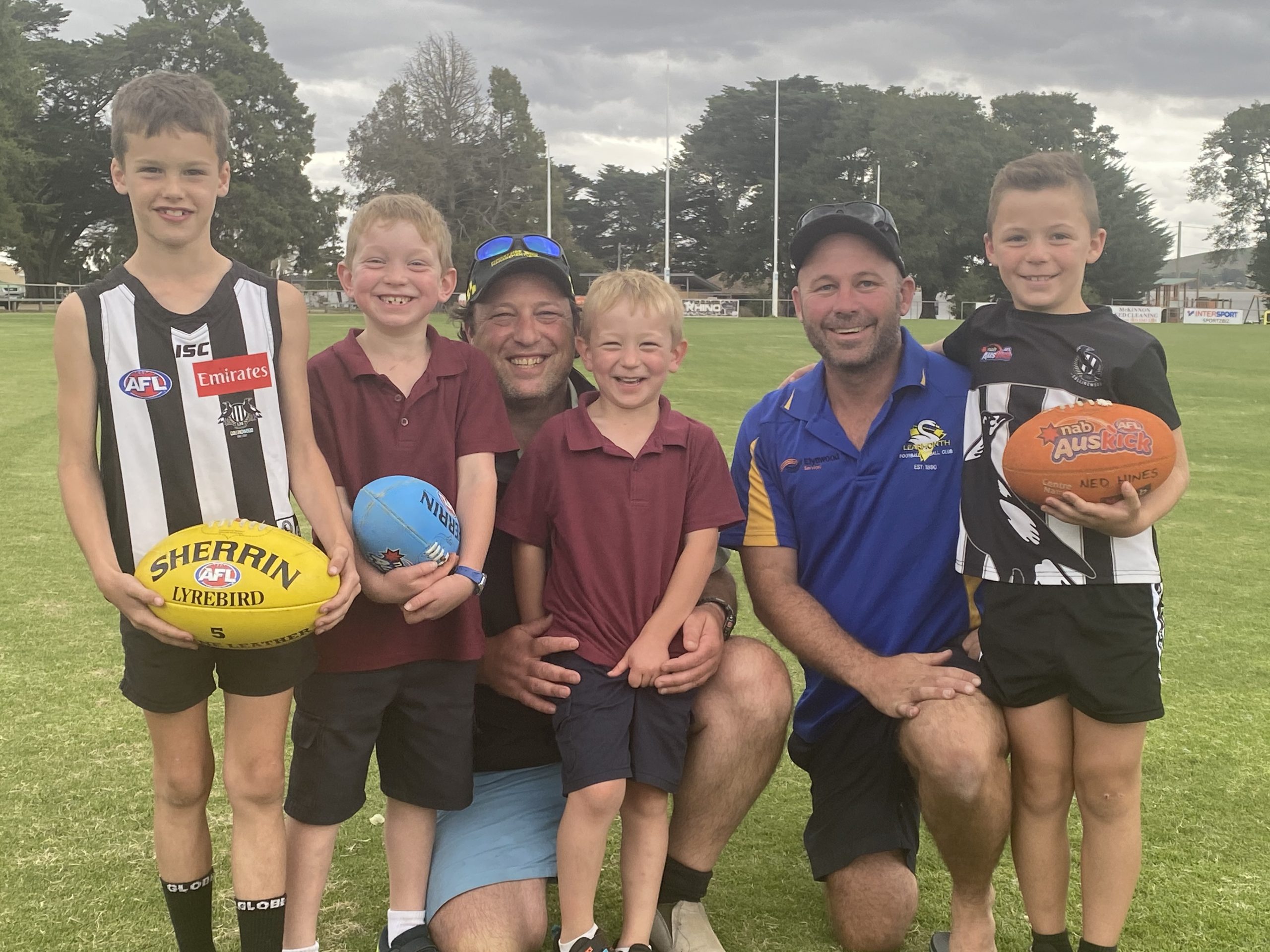 Get ready for a big season of Auskick this year as inquiries on a start date, which we can confirm will be the 21st of April at the Learmonth oval, have been at an all time high. So it would be fair to say that taking on the role of coaching these excited youngsters will require a wealth of experience, knowledge and patience. Sam Basham and Matt Hines could not be better suited for this role, with both coaching the 2019 Auskick season their dedication to the Learmonth Football Netball Club has been extraordinary.

Sam having started as a youngster himself in 1985, has played close to 300 senior games, has been a senior coach as well as holding the position of club president for two years. No doubt that one of the skills to be practiced will be goal kicking as Sam, at one time also has been awarded the leading goal kicking honours in the Central Highland Football League. When asked how many goals he had kicked over his long career

Sam was reluctant to recall or genuinely was unable to calculate as this figure we have on good authority could be in the four digits. Matt Hines a relevantly new comer made an immediate impact when he arrived in 2004 to the club and coached the reserve grade for six years. He held the position of vice president for 6 years and then club president for 6 years while managing to play close to 200 games. Matt was asked how many players they are expecting for this season, when games will be played and whether there will be any time to reminisce about the glory days. ‘We had over forty kids last time we coached and are expecting over fifty this season, we also realise the kids love playing in front of a crowd and anticipate the kids will be playing during the senior football half time break of every home game after round one. Glory days, No.’ Matt said with a laugh.

Sam and Matt are encouraging as many players and families as possible to be part of the fun and enjoy playing on the lush green surface of the Learmonth oval, while families are encouraged to utilise the comfort of the indoors in the cooler months with tea, coffee and refreshments available.

The Learmonth Football Netball Club are also welcoming all new players to join our junior grades and all our junior coaches are dedicated in giving every one the opportunity to participate.

For all contact information and game fixture, including Auskick, see our Junior club page.